On the 5th day we were sad to be heading home. After packing up and handing back our room key we where pleased to find out that there was somewhere we could leave our luggage for a few hours. We then watched Bonnie and Billy's wake up session where Tilly loved joining in with the dancing while I looked at buying some of the photos she has had during the week. I wasn't sure weather I would buy some as the photos where usually £10 each but they had a deal on where for £25 you could get 2 photos, 2 key rings, 2 magnets, 2 small pictures and 2 digital downloads so I decided on a picture of me and Tilly with Billy and Bonnie bear and one of Tilly with the Skyline gang.

We then spent a couple of hours where Tilly could just run around the play areas. She particularly liked the indoor soft play area. Because it was Friday there weren't many shows or events on but the play areas and fairground were still open. 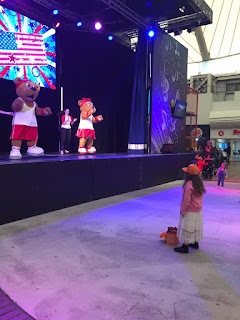 We then collected our luggage before heading off and walked into the town along the sea front. Tilly complained that her suitcase was heavy so I ended up pulling both of them while she walked on the stones.

We stopped of at the Brewers Fayre for a nice lunch before spending a few hours looking around the shops in the town. We where able to catch a train which involved one less change then on the way down which I was pleased about. There where also no cancellations or delays which I was glad about after our stressful trip down (click here to read about it). 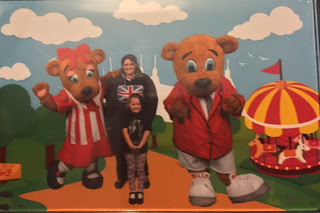 Throughout the holiday the staff at Butlins were amazing, they frequently went out there way to help and make our holiday more enjoyable. The redcoats were lovely and really got the children involved with the shows and even the members of staff at the fairground were all friendly and talked to the children. 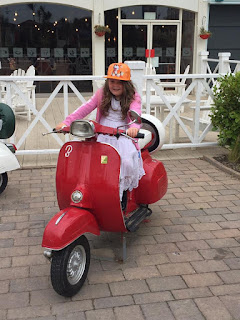 Although I was pleased to be home, both me and Tilly really loved our holiday to Butlins. The holiday was better then we expected as there was so much to do as there was always a show or event to look forward to. Because Tilly was that little bit older then when we previously went, she wanted to do more of the things that I wanted to do.