So its the run to Christmas and so that means its pantomime time (oh no its not!). As usually we decided to take the brownies to the Marlowe theatre in Canterbury to watch Dick Whittington. So on Sunday I bundled 15 brownies into a minibus and set of to the theatre. 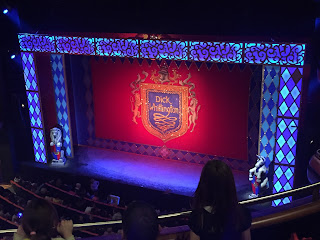 The brownies were very exited (and very noisy) as many of them had been previous years and the Marlowe theatre has never failed to entertain with their pantomimes. 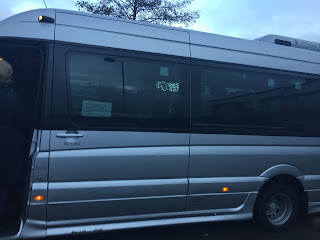 I was a little ashamed to say that before I went to the pantomime, I didn't know the story of Dick Whittington and so it was nice to watch the pantomime and not really know what was going to happen.

The pantomime was so funny, the brownies were constantly laughing. There were many jokes aimed at the adults and I don't think the brownies got but had me in hysterics. As in all good pantomimes, they had a flying fairy and a dude in a dress (they even had a scene with a dude in a female body suit and a bikini)! 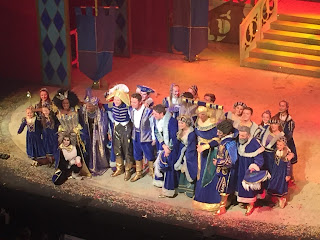 The brownies all said that their favourite bit was a section where Dick Whittington was underwater and the audience got to watch a 3D video of underwater creatures. I was so funny watching them all scream and jump out their seats when it looked liked piranhas where coming out of the screen.

This years pantomime had Stephen Mulhern in and he was awesome. As a result the pantomime had many magic tricks within the show and I genuinely couldn't work out how some of them were done. There was one trick where someone was under the table and Stephen was lifting up buckets and it looked like he was making his head disappear and reappear into the different buckets. It did go wrong when the guy under the table misjudged where the hole was and bashed his face into the table! Obviously me and the brownies found this really funny.

When it was finished we spent ages trying to get all the girls ready and to the little shop. We were last to leave as usual! We thought the brownies would be tired and quieter on the journey home
but they seen to be making more noise (if that was possible!) while waving their light up toys. 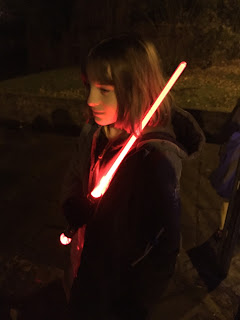 The pantomime was fantastic and I would defiantly recommend it too anyone. The singing and dancing was amazing and the there were jokes constantly. At one stage they even managed to do a scene that included about 24 jokes based on shop names. The pantomime is running until January and more information can be found on their website here.
at November 28, 2016