Today is international Dalek remembrance day (yes it is a real thing). On this day in 1963 the Daleks first exterminated onto our TV screens and have been an icon of British TV since.


1 try to get the Dalek to adsorb Human DNA from a time traveller. Although at first the Dalek will continue to exterminate everything it comes across, it will soon start to question itself and its purpose and will ultimately self-exterminate. (as seen in 'Dalek') 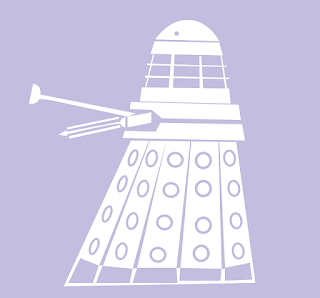 2 Get inside the Daleks head, literally. Try to get to the Daleks cortex vault and reawaken repressed memories of the beauty of the universe. This should turn the Dalek good. (as seen in 'into the Dalek')

4 Attempt to open a hole into the void between parallel worlds. If the Daleks are covered in void stuff, they will be sucked back into the void. (as seen in 'Doomsday').

5 If you are surrounded by Daleks, try regenerating. Although they will change, you can use the regeneration energy to destroy the Daleks. (as seen in 'Time of the Doctor')

6 Use a big ray gun to blast the Dalek into tiny bits. (as seen in 'Parting of the ways') 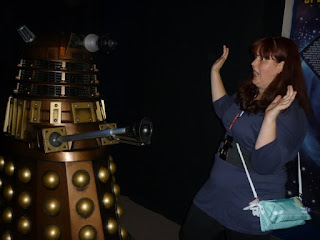 7 Use an Ann-Droid to declare that the Dalek is the weakest link before disintegrating it. This only works on one Dalek. (as seen in 'Parting of the ways').

8 Stare directly into the heart of the Tardis and absorb the time vortex so you can wipe all Dalek from time and space. (as seen in 'Parting of the ways').

9 Get the whole of history to collapse so that the Daleks never existed. Although this can result in the end of time. (as seen in 'the Big Bang').

10 Identify yourself as the Doctor, if the Dalek has no fire power, he will self-destruct. Simply run away while the Dalek does his countdown. (as seen in 'Asylum of the Daleks')

I hope that you have found this helpful and now you know some previously successful ways of defeating the Daleks should you come across one.