A few days ago I told you about the massive selection box that I made for my mum for Christmas. Today I thought I would show you another gift I made her. This one is less Christmas themed and more a suitable gift idea for any occasion. 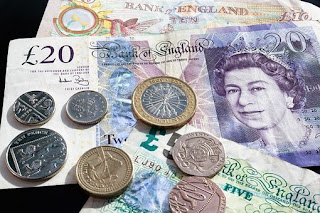 My mum was very difficult to buy for this Christmas. When I asked what she wanted she would say money for her holiday (she is planning to go back to Turkey with her friends). However I felt that giving money is such an impersonal gift.

I wanted something with a more personal touch but what can you do with money? I had thought about changing it up into 1ps, putting them in a large pot and making her guess how much was there! A friend even suggested origami but we both agreed this was a ridiculous idea!! 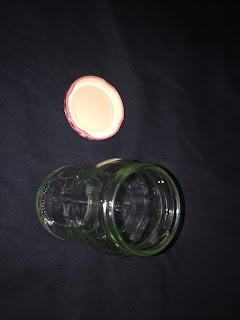 In the end I thought it would be a good idea to hide the money in something else. Make her believe I have brought her something cheap when in fact its what she asked for. 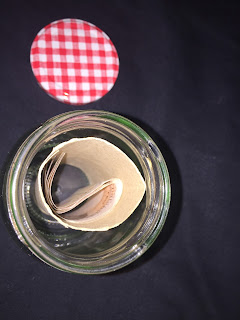 When I was finished I was really pleased with the jar and you couldn't tell there was anything inside it.
When mum looked at it she smile at me and said thanks before asking if I had brought it from the school fair. My plan worked. I asked her if she wanted one but she said no and put it with her other gifts. I knew if I waited long enough she will get hungry and soon find the money. 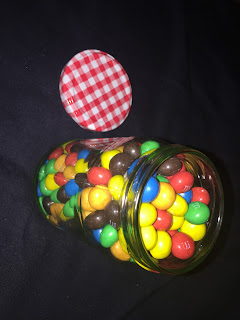 Sure enough, a few days later she found it and was pleased with both the money and the idea.

This idea is great as a gift idea as you don't have to use money, depending on the size or the jar, any small gifts will work.