HI I am vicky and I blog over at www.beingtillysmummy.co.uk with Tilly who is seven. I was asked to blog about a holiday memory and I have always had fantastic holidays and I have been lucky but this was a bit disastrous when it all went wrong. 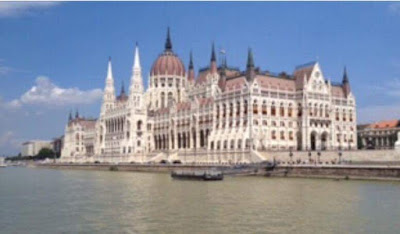 In the summer of 2016, we embarked on a trip around Europe by train, Hmm nothing unusual about that I hear you all say, but I was travelling with my 6 year old daughter. We flew to Switzerland and spent 3 idyllic days in Interlaken before we moved on to Munich and Vienna. By the time we got to Vienna, I think we were getting a bit cocky! We have navigated Europe for nearly a week as two single ladies and a kid in tow, we had booked all the accommodation through booking .com and each time we had stayed in some amazing places. So we thought to ourselves that this whole trip was a piece of piss. This was the moment that we got too cocky, because we had booked to go to Budapest next, we were so excited, we spent the day in Vienna and then travelled to Hungary in the evening. We had timed it to arrive in Budapest for about 7pm, but actually got there about 830pm 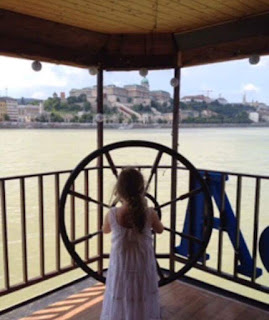 So the moment we arrived at Budapest station it all seemed to go wrong, I had slept most of the journey and as I had woken up I was grumpy and snappy and I needed the loo, I found one in the station and went down the stairs to it. I went inside and there was a room that looked like a prison and the cubicles looked like cells but I was so desperate to go, that I went. Anyway we used the good old sat nav on our Iphone and found the hotel, we walked up and down a street and for the life of us we couldn’t find the place we had booked. Finally next to a rowdy bar with drunk men and half dressed women outside we found our hotel. We entered the door code and went in, something didn’t seem right! It was dark and dinghy, and we went in a really rickety old lift up to the next level, my friend walked because the lift was so small. I actually feared for her life because this place looked like the place on movies where innocent people get murdered. We found our room and went in but what greeted us was much worse than the prison toilets at the train station. 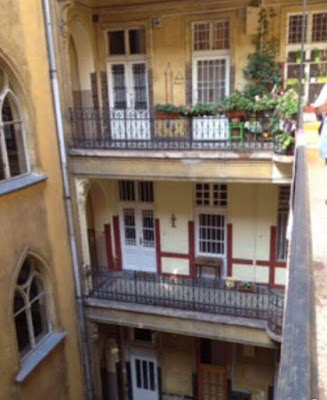 The room was disgusting! The bedding was dirty and hadn’t been cleaned from the guests before, there was hair on the pillows and the table had enough crumbs on it to form a whole biscuit. My friend and I looked at each other and I just wanted to cry. We looked in the bathroom and it was filthy, the tv looked like it had been nicked and there was dirty tissues stuffed in places. Even worse was the plug socket that was hanging out of the wall. It was at that moment that I realised that we actually were in danger. Not only from electrocution but also from catching something from the room or the bedding and the door didn’t lock properly so we feared for our life, we actually thought that we could be murdered in our beds. Tilly tried to climb the bed and I shouted noooooooo! At that moment I was so grateful that I had insisted that the surgery had given Tilly her Hepatitis injection. I had told them that Hungary was on the list as a possibility – now I see why. We told tilly just to stand up and not touch anything whilst me and my friend searched through booking,com for a hotel. We even found a bit of time to post in Fb that we thought we were going to be murdered! Looking back, it wasn’t a wise move.

We were looking for a room, but what if the room was the same as this? This room had looked so nice on the booking website. We found an apartment that was clean and cheapish and booked the room. By now it was 10.30pm and we had to go and find this new apartment. We knew we needed to leave but we also panicked at the thought of walking the streets at this time of night. But we had to do it. Eventually we got up the courage to go down stairs and we walked for about 20 minutes down these side streets until we found an apartment block. We went up and found the apartment, we walked in holding our breath – But we walked into the most perfect apartment, it was the place of dreams, it was clean and it was fresh. My friend and I just hugged and opened a bottle of wine. We took snaps to post on Facebook that we were safe and to get our families to cancel International Rescue, The SAS, The Marines, NCIS, FBI, CIA, Navy Seals and the police. 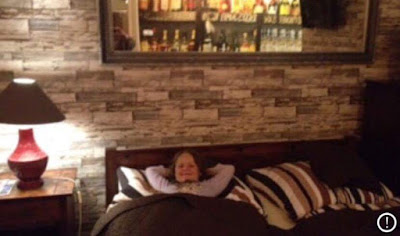 Then Tilly said ‘mummy I am hungry’ That is how we found ourselves to be walking the streets of Budapest again at midnight, looking for somewhere to eat. Of course we felt brave by now as we had survived being murdered, electrocuted and killed by disease. I am happy to say the rest of the holiday went to plan and blog posts can be found on www.tillystravellingtelegram.co.uk 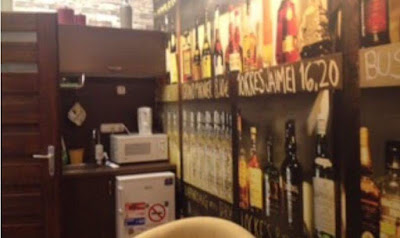