This week was carnival week in my home town. We are quite lucky as there is a lot of effort put in with many events happening over the week such as fun runs, a lorry pull and a teddy bears picnic.

Due to work I don't often attend many of these events but I attend what I can.

This year Tilly was very excited about the fireworks. Previously she has been too young to stay up and watch them as they usually start at about 10:30pm. 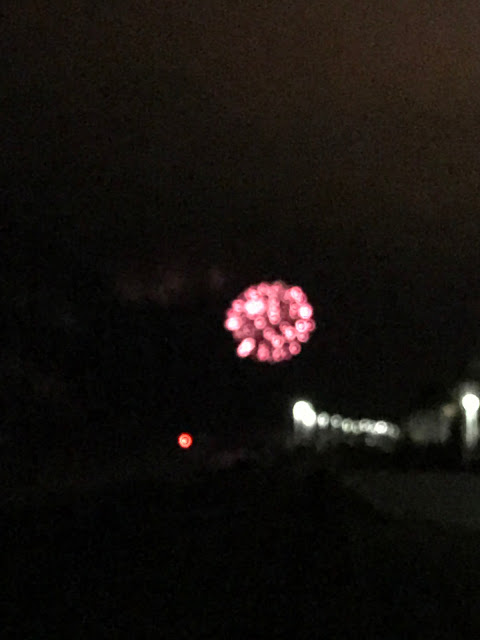 The fireworks are set off from the pier which is about a mile from my mums home. Luckily because mum lives on the sea front, we simply have to sit on the sea wall to watch them. I glad we went as Tilly really enjoyed them. 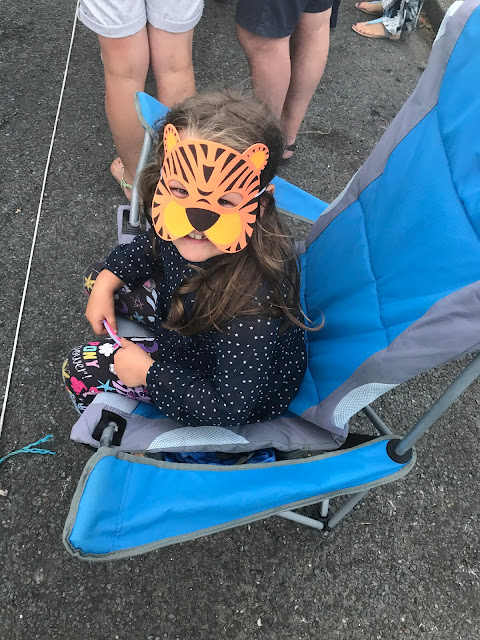 The next day was the carnival. We had been invited to a friends house who lives on the carnival route. In the morning me and Tilly headed to town to get some buffet bits.

The party was really fun, when we got there we handed over our contribution to the buffet but shortly after we were asked to keep eating as they were running out of space on the table!! 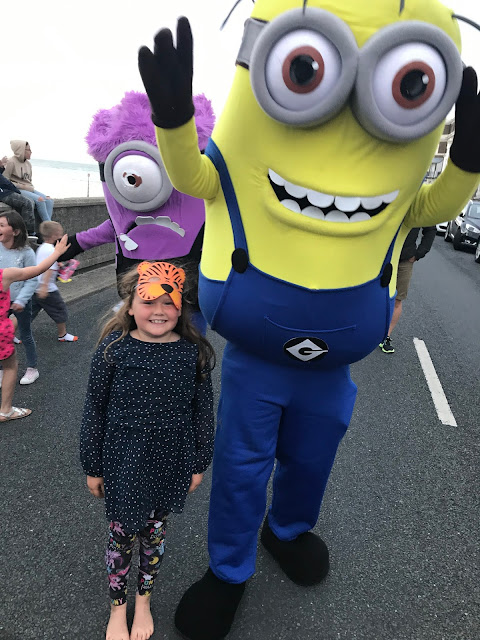 The carnival was better this year then it has been in the past. There were many floats from local business and groups.

Tilly spotted many people in costumes that she recognised as well as many of her friends who were taking part. Her favourite was a group who had dressed up as Gru and the minions. 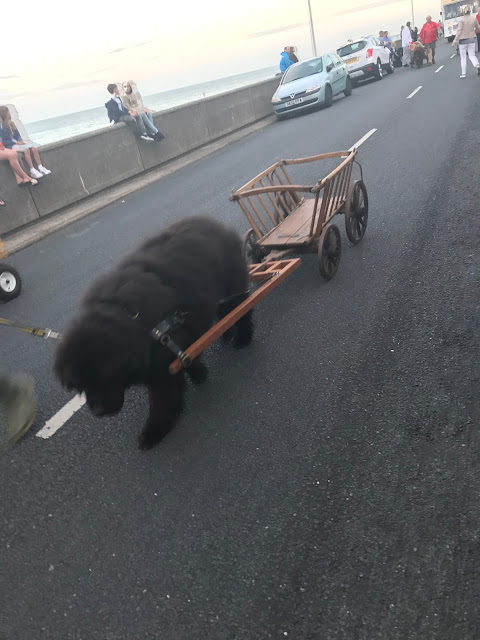 Overall the week was good. We had a lot of fun and made me realised how lucky was are to have people who put in the time to made the week so good.