Have You Tried the Airhogs Race Drone?

I like to think that I am good with technology and I try to get the latest gadgets and gizmos. So I was beyond excited when I was send a Micro Race Drone from Airhogs. 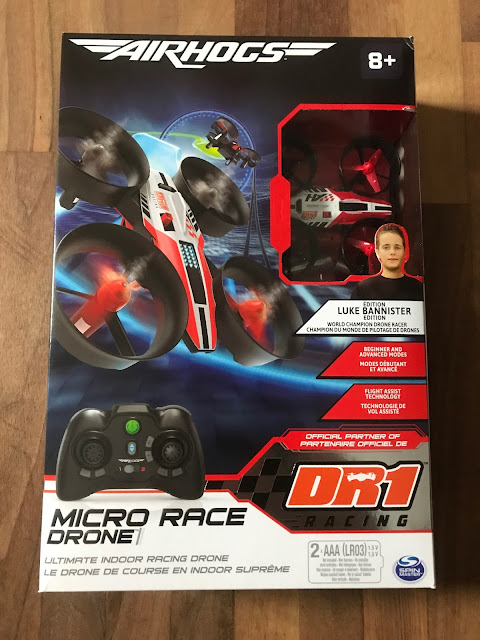 After the postman delivered it, I did a happy dance and excitedly opened the box. The box itself looked really cool and action packed. The design of the drone itself reminds me of a formula one race car so I was excited to get it up and going.

I don't really know much about the world of drones but this done is the Luke Bannister edition. He is a world champion drone racer. So I felt confident in this drone. 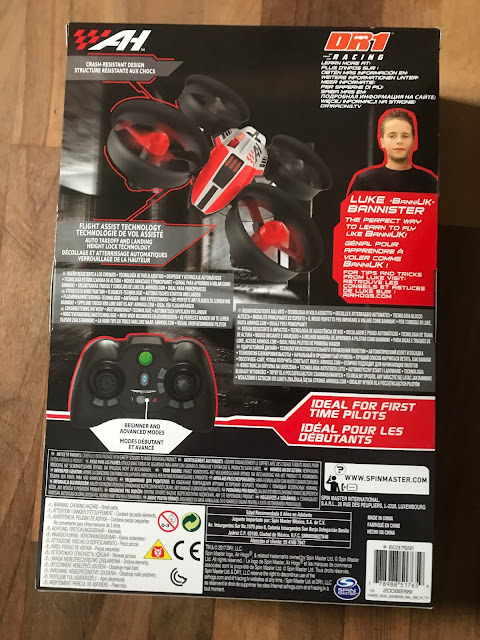 I had never piloted a drone before so was a little apprehensive about how to use it. I became more worried when I saw the instruction manual as it was an A4 booklet. I had images of me spending days just trying to set it up!!

To my relief the instruction manual is only this big because it contained instructions with very clear large diagrams for me to follow. As a result, the drone took mealy a few minutes to set and up and sync with the remote control.

The remote control was easy to use and similar to a remote you would find on a games console and so I was able to quickly grasp how to work it. 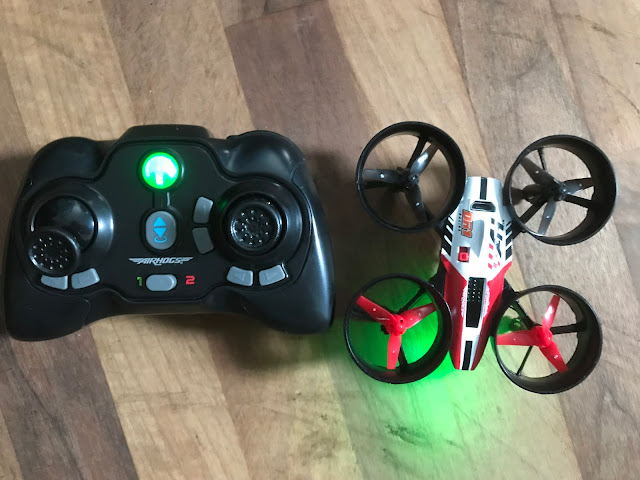 I was pleased to find that this drone has 2 settings. A beginners setting which is ideal for a first time pilot like myself and an advanced mode. To change settings you simply flick a switch on the remote control.

When I got to flying the drone, I wasn't as good as I had hoped! It crash landed a few time before I was able to get the hang of keeping it in the air. Despite the bumpy start, the drone seems to have suffered no damage and seems to be a lot more sturdier then expected for such a small drone.

When the battery had died on my drone I simply had to charge it up, like you would charge up a mobile phone. The drone comes with a charging cable and can be charged using a laptop. 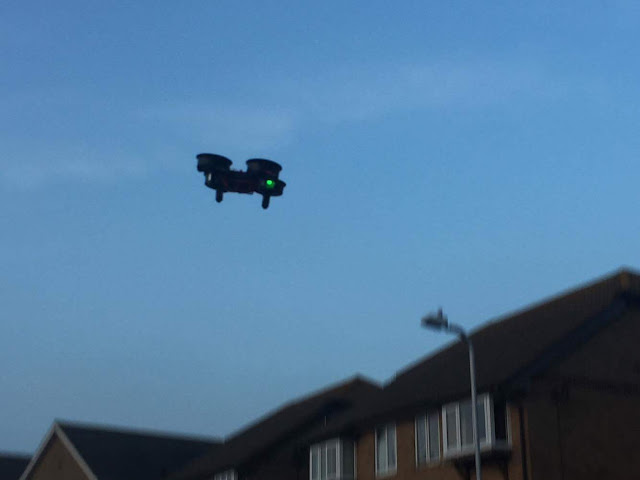 I was pleased to find that the drone also came with 4 spare propellers just in case the current ones brake. As I mentioned earlier my drone did not have the smoothest start to life but I have not had to change my propellers. However I have noticed that sometimes when my drone does have an unplanned landing, small fibres can get tangled in the propellers. All that is required is a quick untangling and we are off again.

This drone is an indoor drone however as I kept crashing I took my drone outside and found that albeit very small, the drone was able to cope with some light winds. 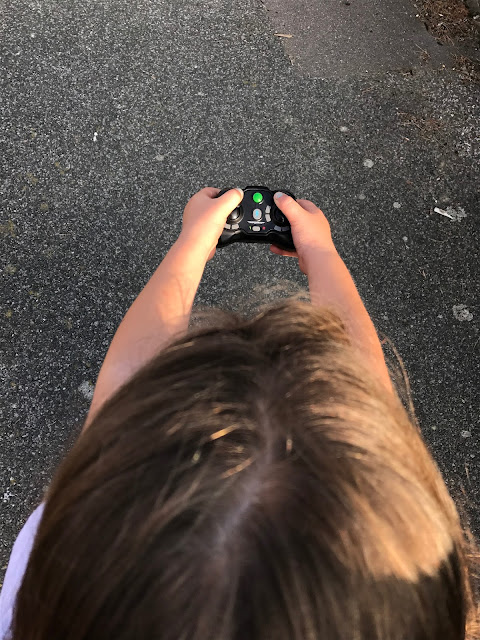 Overall I really like this drone. It was a lot of fun to use and I would defiantly recommend to others. The box states that the drone is suitable for 8 years plus which I would agree with as children any younger may struggle controlling the drone. However I feel that this drone is not necessarily a children's toy. I think this is also perfect for adults particularly first time pilots.

More information on this drone including videos can be found here. They are also available to buy from Argos and cost around £44.99
at September 29, 2017