When Your Child Is A Child Carer.

My name is Vicky and I have been blogging at Being Tillys Mummy for 5 years but have recently set up a new blog at www.misstillyandme.co.uk. You can also find me on Twitter and Instagram.
Kim is my oldest child and I was a teen mum with her. It hasn't always been easy over the years and when she was 5, she became a child carer as I struggled to cope with three children and a marriage break up. I was on and off anti-depressants for most of her childhood and even now I look back and realise what a pressure it was to place on her without realising. I did the best parenting that I could and when she was 9 years old, we moved to Kent where I finally got my s#@t together and became the parent that I wanted to be - The parent that my kids deserve! Their early years were not all doom and gloom, we would make memories and do things that we still talk about now. Looking back I actually think that my bipolar was visible then. I was so creative and competitive, especially when my kids won the fancy dress competition on our local village green most years. I was a pretty cool mum when I could function as a mum. 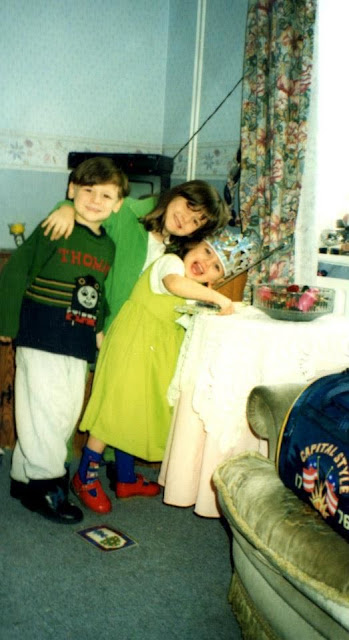 But moving to Kent was a completely fresh start for us. It meant that I could no longer be mentally abused by my ex. He was always threatening to stop paying the mortgage on the house that we were living in. So I sorted that and he gave me the money to buy my own home. This offered stability to my children. It meant the start of being in control! Things don't just get better overnight, it took a while to become the parent that I yearned to be. On the outside, everyone thought we had it all! a mortgage-free home, holidays to the Carribean and America. I was often the victim of gossip as people wondered how we did it. The truth was that I worked my fingers to the bone because I owed them. I owed them for all of the years that I hadn't mentally been there, So I was squeezing so much into my life with them.

When Tilly came along, my mental health suffered badly and I was suffering from psychosis and needed to see a psychiatrist. This was when my bipolar was diagnosed and the person who was there was Kim. Of course, her siblings were there too but Beth didn't know how to cope with it, she often threw my mental health back into my face and my PND was blamed for all of Beth's problems. Zach helped with his sister, but it was Kim who was the crutch that I relied on. Maybe it was selfish to take the teenage years after I had taken her early childhood, but when you have mental health problems, you don't see the damage you are causing. Tilly now calls her 'my second mum'. 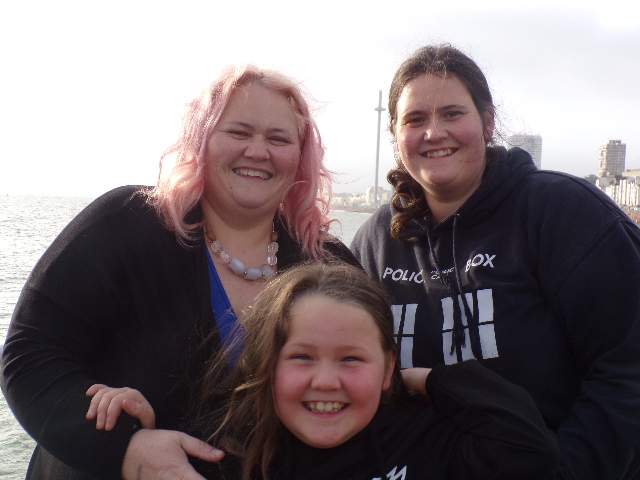 Kim and I have a bond that will never be broken, We have been through so much together and she has always been there. Life isn't a bed of roses, we argue over the smallest of things and she puts me in my place when I am irresponsible. Sometimes I wonder who the adult actually is! But you know what? I am so glad this beautiful, kind and loving young lady came from my womb.

Please carry on supporting her on her blog and pop over and like her social media, because she has looked out for so many people over the years and now it would be nice if I could support her back.
at March 18, 2018