The fair comes to town.

This week the fair came to town as it was carnival week. I love when the fair comes to town, it is only small with about a dozen rides but it gives us an afternoon of fun. The fair comes every year and is usually here for about a week and a half and most people love it.

I took Tilly one day and we had a lot of fun. Tilly no longer wanted to go on the baby rides which meant I didn't have to wait around while she had went on the rides. We turned up at opening time and so it wasn't too busy, we were able to get onto the rides without any queueing.

We started off with some of the smaller rides as I didn't know how well Tilly would cope with the fast rides as it has been a while since we had been to a theme park. She loved the rides and so soon we were making our way onto the bigger rides. There were some that she was too scared to go on but I didn't mind as there was plenty of rides we both wanted to go on. 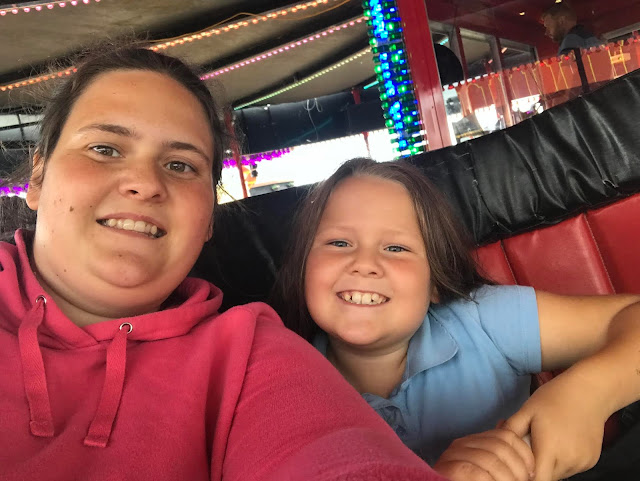 Me and Tilly both loved the Waltzer, where you sit in a pod and get spun around. We loved it so much we had a 3 goes it on. On the last time, as we approached the Waltzer a parents of one of Tilly's school friends asked if their child could join us as they didn't fancy riding. Just as we
were boarding another of Tilly's friends decided to join us and I think that the added weight make us spin faster! It was awesome.

As usually the fair faced a lot of criticism over the price of the rides. People were complaining that they took their family and ended up spending close to £100!

However the fair always has a night or 2 as pound nights, where every ride is a pound. So I took Tilly on one of their pound nights and me and Tilly had 7 or 8 rides each and I didn't even spend £20. Who can complain about that! I didn't mind paying out as it was a treat and only something we do once a year. I had also been to Poundland beforehand to buy some drinks and we found some candy floss which Tilly preferred because it came in a unicorn pot which meant we didn't need to go to the stalls while we were there. 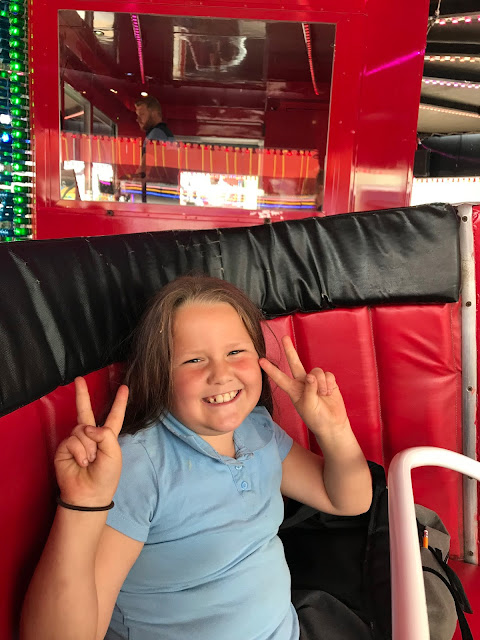 Overall me and Tilly had a fantastic time at the fair and we cant wait to it to return next year when hopefully she will be confident enough to go on even bigger rides.
at July 29, 2018