Me and Tilly Visited the London Dungeons

Last weekend me and Tilly set off for London for a girly day out. As mum is on her annual trip to Turkey with her friends I decided Tilly needed something to look forward too to prevent her from getting upset about mum. 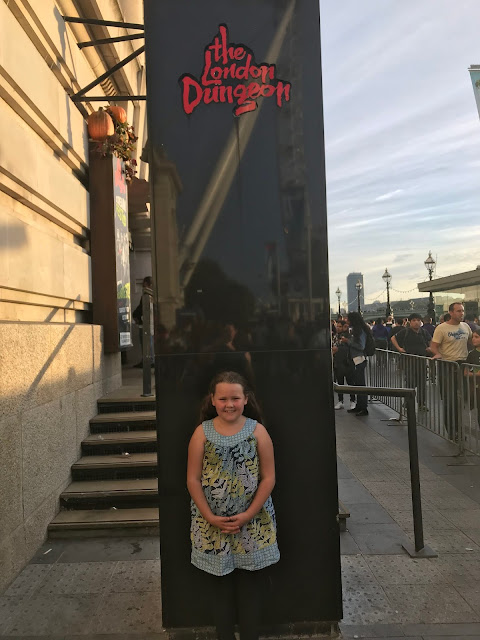 We decided to get a train not too early we both fancied a bit of a lie in and we didn't want to be stuck on the busy commuter trains. Luckily the train we were on was not too busy and we were able to get a table seat.

Mum had managed to get us tickets to the London Dungeons and we had booked in advanced which proved to be essential as the queues where ridiculously long. People where having to buy tickets for a later time and come back as it too busy. By the time he left the Dungeons, all tickets were sold out. I laughed internally at the people queuing as me and Tilly walked straight past them and were waved in when we showed them our tickets. 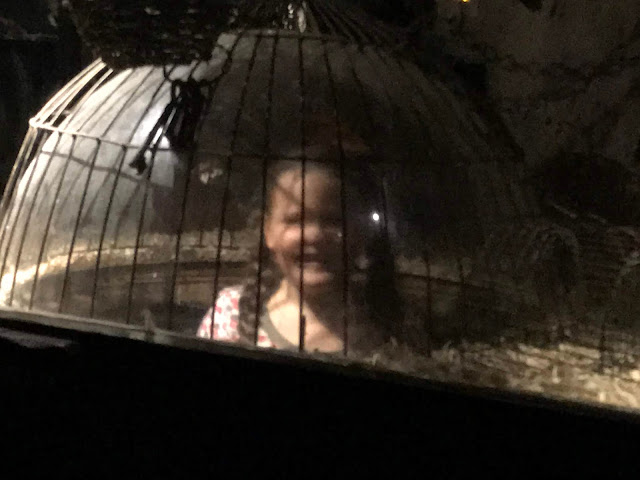 The Dungeons were just as awesome as I remember. I last went about 5 years ago and I think they may have changed slightly as there were sections that I didn't remember. I was chosen to stand trial as a witch in one of the rooms based on an 18th century court room. I was loving it until I realised even Tilly was booing me!

We were stopped on the way in and told that the London Dungeons isn't recommend for children under 12 but they will still let children in with an adult. I had been preparing Tilly for the Dungeons in the weeks leading up to out trip, telling her about Jack the ripper and Sweeney Todd. Tilly was very excited and I thought she would love the Dungeons. She did get quite scared in some of the rooms and spent half the time cuddling up to my leg, she really hated the room where you meet Jack the ripper and I genuinely thought I would loose blood circulation where she was holding me too tight! Tilly is 8 and I think we took her a few years too early, if we take her back when she is around 12, I think she would enjoy and appreciate it more.

Tilly did get excited about some of the rooms such as the section on the Great Fire of London as she was able to recall learning about it at school. 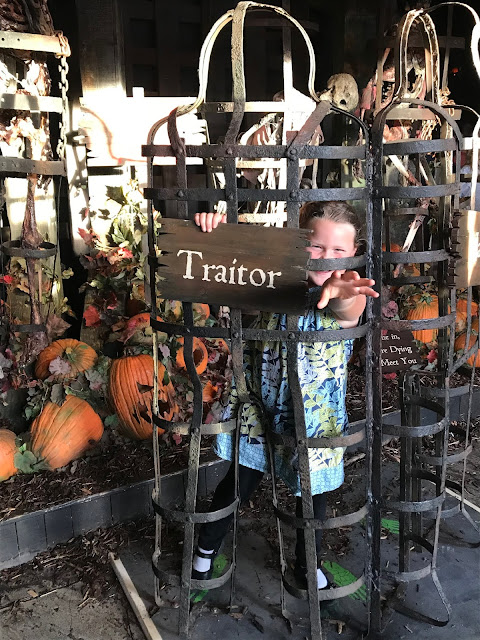 Overall she was a brave girl and we finished the London Dungeons. Sadly she was too small for the final ride (which I think she may have been relieved about!). I had a go and loved it. Me and Tilly then spent some time laughing at the picture of me.