My Mystery Trip to Cardiff

Last weekend me and my family went on a mystery holiday. Me and Matilda knew we were going somewhere by National express but we didn’t know where. 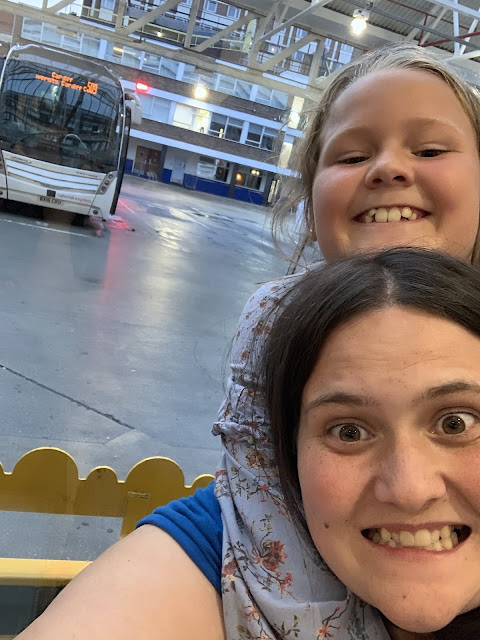 The coach ride itself was fun. National Express busses have chargers for you electric devices as well as WiFi so I had no chance of getting bored. The journey lasted about 3 1/2 hours but seemed to go a lot faster. At half past midnight he pulled into Cardiff and quickly got a taxi to the Travelodge. We had phoned beforehand to let them know we would be getting there late but their no one in reception to let us in. After a few minutes of pressing the button a taxi pulled up with some drunk people in. They had a key but were too drunk to use it. They were swiping it instead of putting it in slot, then putting it upside down. They then started arguing while me and my mum were trying are hardest not to laugh.

Be woke up bright and early the next morning to spend some time in Cardiff Bay. I love Cardiff Bay because it’s where they filmed a lot of Torchwood. We visited Ianto’s shrine. Ianto was a character from Torchwood who was killed protecting the children of earth. 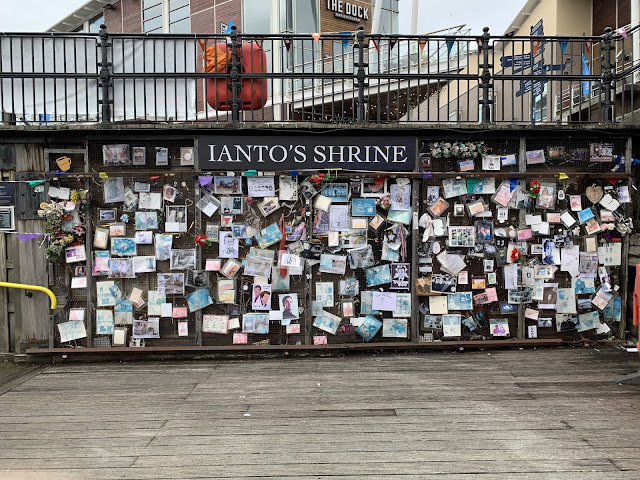 In the bay we also got to see the building of the Welsh Assembly, the BBC studios where some of Doctor Who and Casualty are filmed. 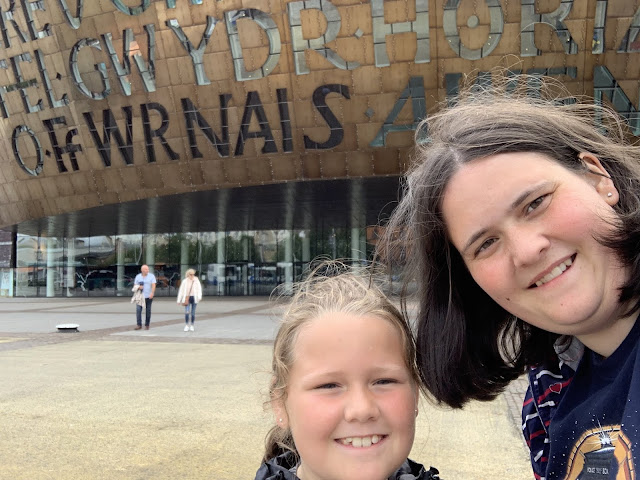 We then got on a Hop-on Hop-off bus and had a tour of the city. We got some good views of the city including view of the castle, the Principality Stadium and other interesting landmarks.

After the tour we were able to go do some shopping where I was able to get some souvenirs. We were also able to visit the castle. I particularly loved the animal wall. The wall surrounding the castle has stone animals on the top made to look like the animals are escaping. It was built because the town didn’t want the castle to have a real zoo because they feared the animals would escape.


We then jumped on a train to Barry Island. It was only a 20 minute ride and we were excited to go. We didn’t go to the fun fair but spend a while on the beach. I live in a town on the sea but we have a pebble beach and I loved spending some time relaxing on the sand. Matilda loved spending time in the sea. 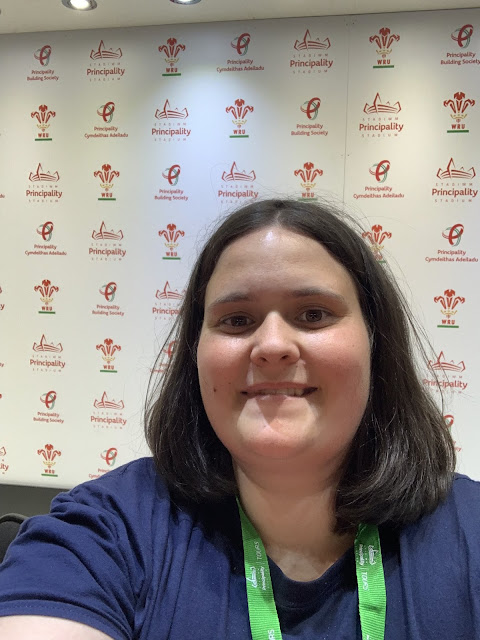 After the tour, we headed back to Bay to drop off our bags before going for dinner and then off to the cinema. We went to watch the new Lion King movie. It was awesome. There were tears in the theatre when Mufasa died but I would definitely recommend it to anyone. 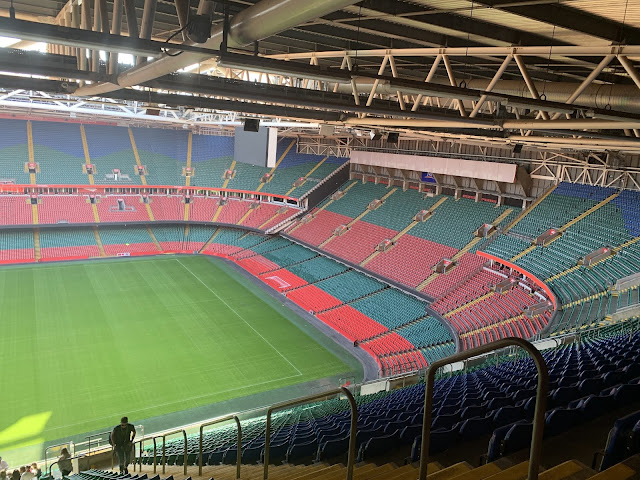 We finally got back to the hotel about 11:30 and again we crashed on our beds. The next morning was another early one as we had breakfast at the Cozy Club in Cardiff Bay. It was a lovely restaurant with friendly staff and a large variety of vegetarian options. I had a cooked vegetarian breakfast and not only was it delicious but had a few bits that I wouldn’t had thought to add to a cooked breakfast.

After breakfast we headed to Techniquest. This is a museum about science and technology. It was very kid friendly and interactive. Matilda loved going around trying all the experiments. We payed a little extra (about £1.50 each) to go into the planetarium to watch a special show about the moon. This was awesome. I love space and astronomy so I particularly liked this show. We were the only one who had brought tickets for this particular viewing so we got a personalised show. After the moon show we got to see some star constellations and planets which fascinated me. 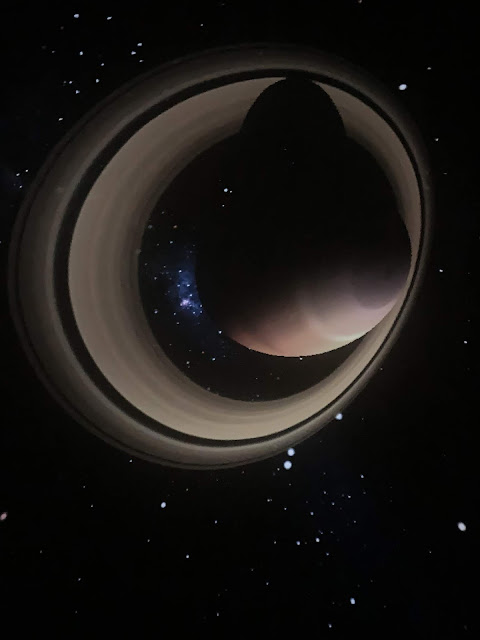 After all this we got the Hop-on Hop-off bus back to town before buying last minute souvenirs and going for the coach. Unsurprisingly I slept on the coach home.

This weekend away was amazing. Because we new we had limited time we really crammed as much in we could. It was exhausting but I wouldn’t change a minute. 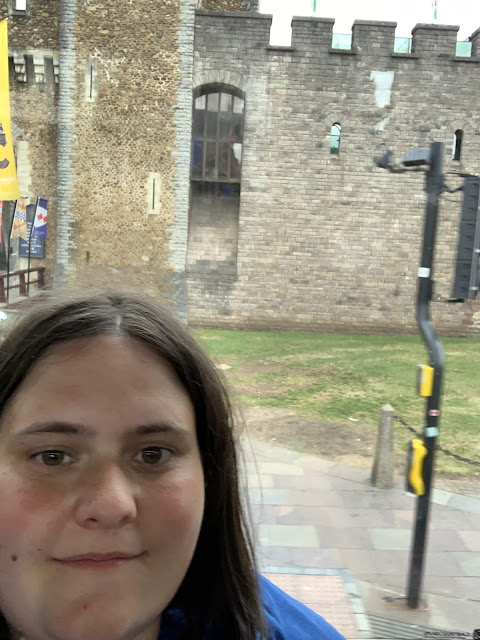