Alice and the Hatter Tea Shop

This week was Brownie Holiday as always it was a week of fun, laughter and noise. Lots and lots of noise! We filled the week with many activities, some which we do every year, some which were new. One of the new activities was a visit to Alice and the Hatter. This is a tea shop themed around Alice in Wonderland. 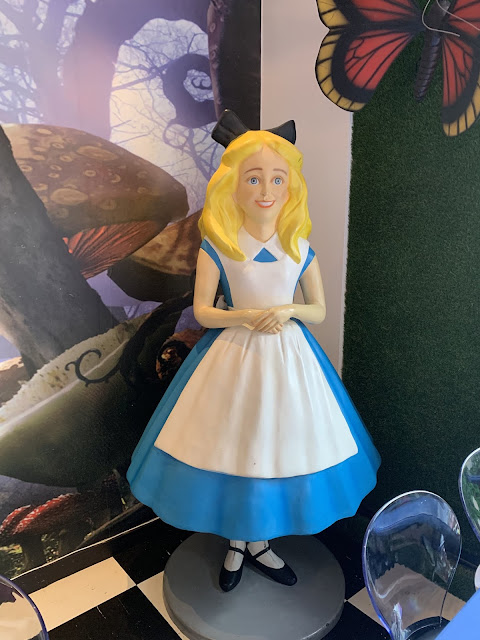 Another leader had booked the tea shop and I have never visited it before as it is quite far from home so I didn't really know what to expect. However I was really amazed when I got there as even the outside of the building looked spectacular. Once we had herded all the Brownies inside even they were amazed at the interior. There were characters from Alice in Wonderland throughout the shop. 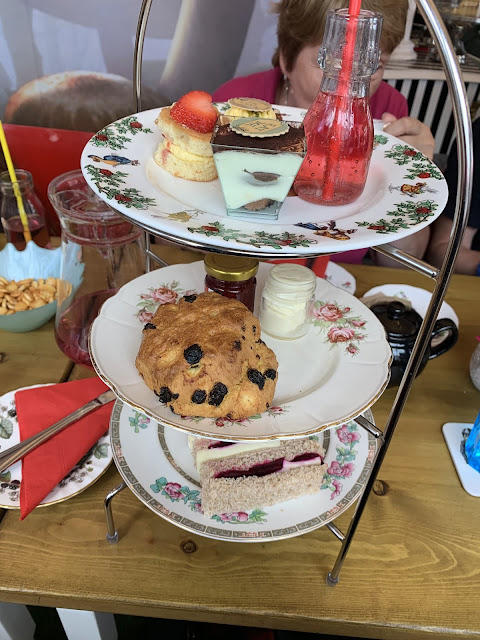 We had pre-booked as there were so many of us and as a result we didn't have to long for the food to come. We had ordered 14 of there Tick Tock meals. I think these are normally served on a 3 tiered stand however due to the high amount of kids we had they decided to have all the 3 types of sandwiches on septate plates. After the sandwiches had gone (I think it worked out at 3 or 4 each) the servers came around with cheese savouries, a vegi selection, a small pink cherryade type drink, some small cakes and a mini scone with butter and jam. The servers also gave us a couple of jugs of juice and refilled then when needed.

The adults had an individual afternoon tea. This was similar to the children's meals. Having sandwiches, a scone ( lemon and Poppyseed or fruit) with cream and jam, a section of small cakes and a cherryade drink. It also came with a pot of tea or a coffee. 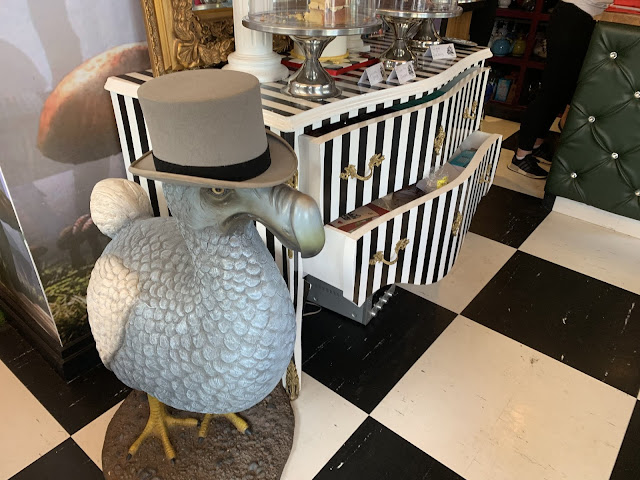 All the food was Alice in Wonderland themed. The cakes had little signs that said “eat me” and the drink was a drink me potion. One of cakes was even a jam tart based cake. 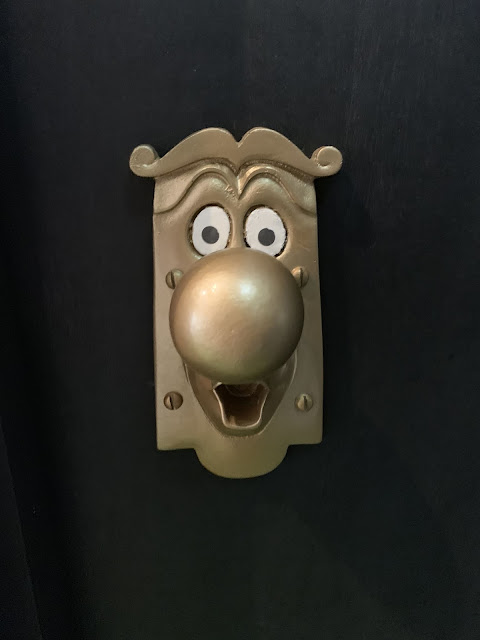 2 members of our party had food allergies and Alice and the Hatter tea shop catered for them with no problems. One of them couldn't eat the scone and small cakes but was given a slice of cake she    could eat as a replacement. 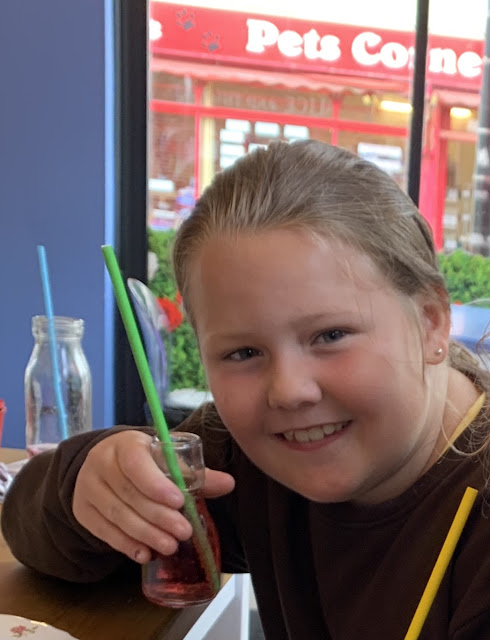 The girls absolutely loved their time in the Alice and the Hatter tea shop. Before Brownie holiday I never knew it existed but I would recommend a visit. It is something I will considering for Matilda s birthday as a family day out or look at booking it out for a party. The staff were so cheerful, kind and helpful even when one of the Brownies spilt her drink everywhere! They have a full menu so you don't have to go for a full afternoon tea like we did but the afternoon tea was delicious. We attended the Herne Bay branch however they also have a branch in Canterbury. For more information please visit their website.