I have recently become an aunty as my brother and his wife welcomed a beautiful baby girl last week which they named Zoë. I was looking at gifts for the baby and I know a lot of people were buying her clothes so I wanted something different. 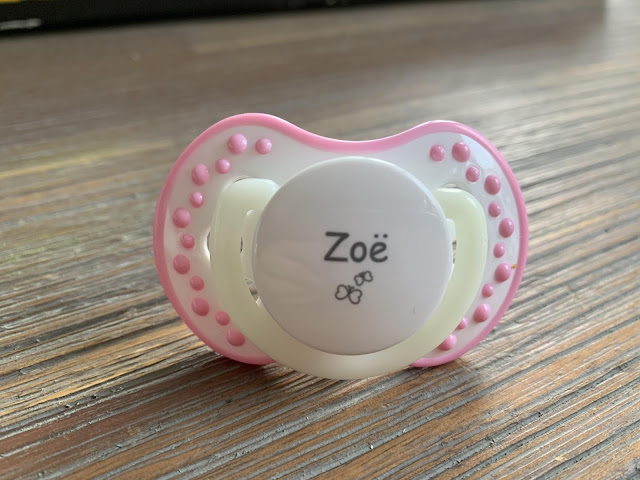 Byhappyme is a website that specializes in personalised gifts for children and although I was looking at their selection of dummies, they also do personalised children's cutlery and bibs, dummy clips, some stuffed animals and toys and name labels.

The website was easy to use and I was surprised by the variety of bands of dummies they offered. There are 10 different brands of dummies so I had plenty of choice to choose from. They also have a range of dummies with pictures and pretty designs if you don't want a personalised one. I chose some from the company Lovi as I thought this was a company I had seen before and trusted plus I thought they looked pretty. 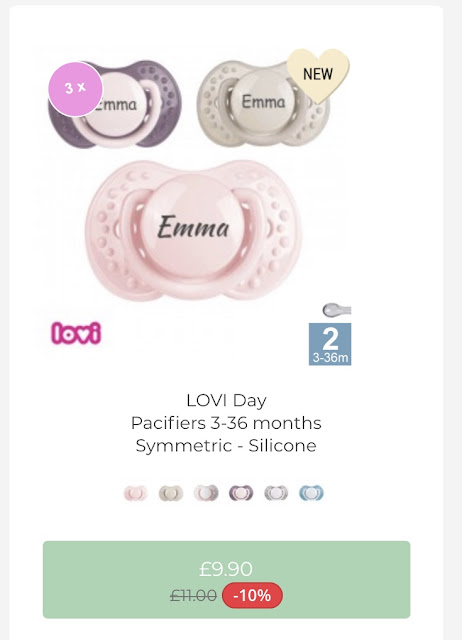 Once I selected the brand I wanted I was able to select the size I wanted. Different brands over different sizing options but I went for size 2 (3-36 months ) as I thought everyone buys newborn sizes so if she has already brought some, they are more likely smaller sized. You can then choose the shape as some brands offer more them one design. 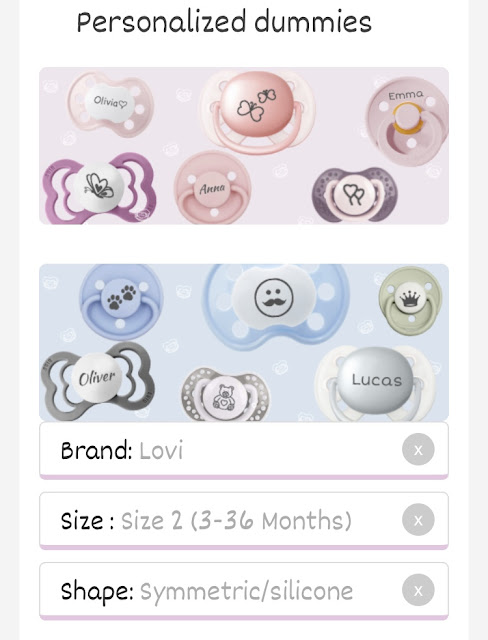 My sister in law is quite traditional, as soon as she found out she was having a little girl she wanted everything in pink so when I spotted some dummies in pink I felt they would be perfect for her. Once I clicked on them I was able to personalise them. The pack I chose had 3 different shades of pink however if I didn't like one of the shades I could choose to change it to a different shade or have a blue one. I liked all the pink ones so stuck with the original option. 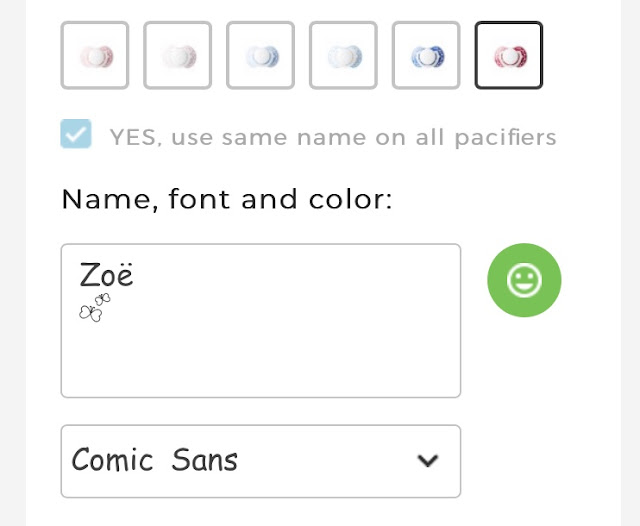 Most dummies come in packs of 3 and you can choose to use the same name on all 3 or use 3 different nicknames. I chose to just use her name as I feel that its too early for a nickname to have any meaning and I if I put on a cutesy name (such as sweetie pie) they wouldn't be very personal. I was then able to play around with the fonts to find one I liked. There is then the option to put on little pictures. These are just small outlines of simple pictures such as a football or a love heart. I chose some butterflies as I thought they looked cute.

All the while I was doing this, there was a picture of what the finished product would look like so I was able to see what looked good. 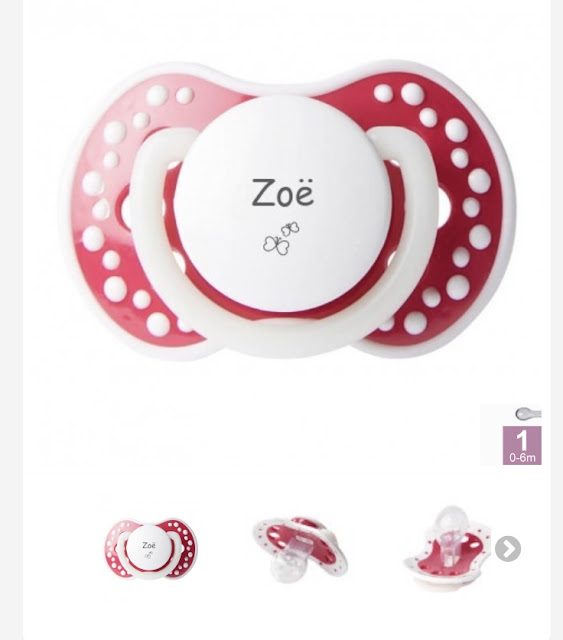 The website was really easy to use and loved all the chooses I got. As my family is Dutch, they chose a Dutch spelling which includes an umlaut and as I hadn't worked out how to make an umlaut appear using my laptop, I ended up ordering on my phone which was just as easy to use.

The dummies I selected where £11 for the set of 3. Although this is more them I would normally spend on dummies, I feel these are worth the extra money. Not only are they ridiculously cute but once the child has grown out of them they make a lovely keepsake for the child. 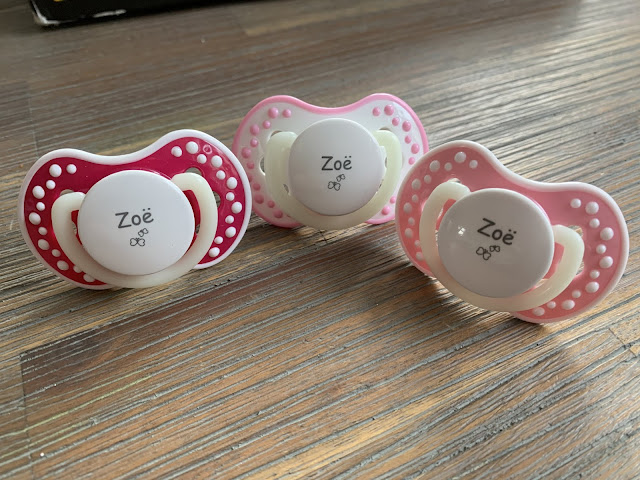 When I gave them to my sister in law she loved them as much as I did and particularly liked that they were personal to Zoë. I also decided to get some in blue for my friend who is having a boy however she and her partner are undecided on a name and therefore I got some with baby and her surname which made her laugh. 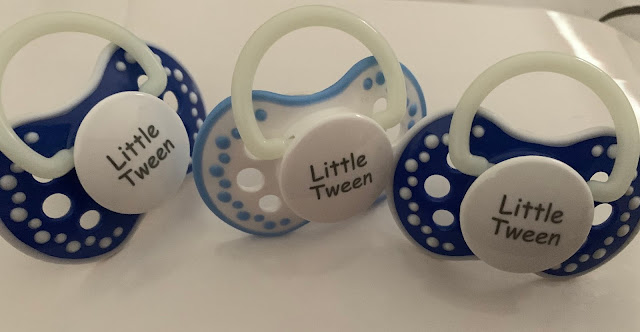 Overall I thought these dummies were brilliant and I would definitely recommend them to anyone who had children or is looking for gifts ideas. To browse the full range please visit their website byhappyme.